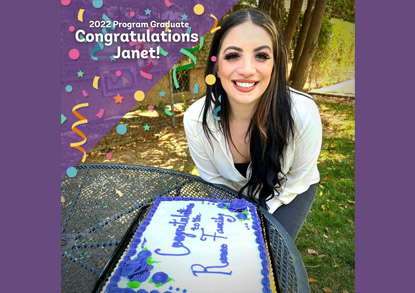 A couple of weeks ago we celebrated Janet’s graduation from Door of Hope! It’s hard to imagine caring for your children while planning for a new baby’s arrival without a home. But for Janet, being homeless was better than the fear of violence she and her children endured. Fast forward to today, Janet is moving into her own home and has hope for a better future!

As Executive Director, Megan Katerjian presented Janet’s graduation certificate, she explained that Jerimiah 29:11 is where Door of Hope gets its name. When God first spoke these words to his people they were going through the hardest time, they lost their homes, went through an immense tragedy, sent to a place they didn’t want to be — they literally had nothing. But that is when God speaks hope to his people, she explained. It’s a reminder that no matter what you go through, God has a plan for you.

Megan said to Janet: “Our prayer is that in this next step you see part of God’s hope for you…it’s just beginning. We pray that in every challenge you go through, you can hold on to that hope, hold on to this verse and the God of hope who will be with you every step of the journey.”
“I know the plans I have for you,” declared the Lord…” plans to give you hope and a future.” Jeremiah 29:11 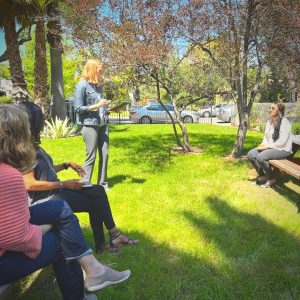 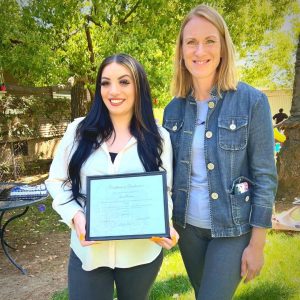 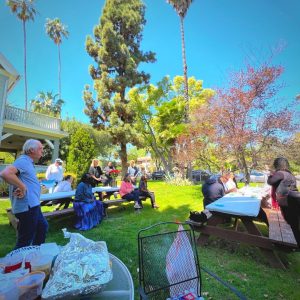 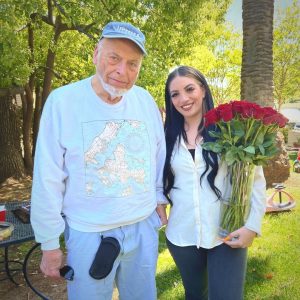 Subscribe to receive our latest updates from Door of Hope

During the Christmas season, we have opportunities to enrich the holiday experience for parents and kids. You can Be a Secret Santa by sponsoring a family and purchasing their desired gifts. You can Donate to our Toy Drive by helping to fill our “Toy Store” for the Christmas Festival for residents and Alumni families. You can Donate a $50 Target Gift Card that helps a family purchase items they really need. SUBSCRIBE to our emails and be the first to hear and sign up for these opportunities…they go fast! No application is required.

Celebrate the season! Join us in the holiday tradition, be it organizing an Easter egg hunt, donating ingredients for a Thanksgiving meal, bringing candy for Halloween or honoring our moms on Mother’s Day with flowers and chocolate. Perhaps you’d even like to share a tradition you do with your own family. Your efforts go a long way in spreading joy during any season. To apply, please complete the General Application.

We want to celebrate and bless our families who have made the transition from our shelter to their new home. In the spirit of acknowledging their efforts, we have set up a special Amazon Housewarming Wish List to bring together items needed to help furnish their space. When you make a purchase, you’re invited to share in the graduation ceremony and celebration. To apply, SUBSCRIBE to our email below, where upcoming graduations are announced. No application is required.

Let’s have some fun! During our Summer Carnival in July, and our Christmas Festival in December, we need volunteers to host booths for games, treats, crafts, or any delightful engagement that brings smiles and joy to you and our families. From face painting to water balloon tossing to a hot chocolate booth and even a water dunk booth, we’re open to all imagination for a fun-filled experience. To apply, please complete the General Application.

We LOVE to celebrate our kids who live with us at Door of Hope, and what better way than on their birthday! Birthday Angels purchase a gift on a child’s wishlist, wrap it up in bows and love, and deliver it to our Community Center along with a hand-written card. It could even be a tradition you do on your own birthday! To be connected with a child’s wish, please email volunteer@doorofhope.us Application is not required.

From cleaning supplies to towels to bedsheets, check out our Amazon Wish List to see current items needed by our families and at our homes. To ensure we may acknowledge your support, be sure to email items@doorofhope.us with a receipt of your purchase. No application is required.

In our desire to be fully led by God, we value prayer as a fundamental part of seeing our mission become a reality. We invite you to join our Prayer Team. You will receive a weekly text to pray for a family’s specific need, and a monthly invitation to join our staff for a thirty-minute prayer meeting, virtually or in person. To indicate your interest, please email volunteer@doorofhope.us

Invite your friends, family, or colleagues to attend a public or private, in-person or virtual Stories of Hope tour where we share about the homelessness crisis, our response to it, and learn how you can join us in making a difference. You’ll also engage with our Executive Director, ask questions, and hear from a family who has experienced our program. To indicate your interest, please email volunteer@doorofhope.us

For some of our residents, English is not their first language. If you are fluent in Spanish, Armenian, or Mandarin, your translation services would greatly benefit the efficiency and care we can provide within our program. To apply, please complete the General Application and Supplemental applications.

We are seeking those who are willing to donate their professional services to our families. Whether you’re a practitioner in immigration services, family law, dentistry, optometry, cosmetology, an administrative, or would like to contribute a professional service we haven’t yet mentioned, we invite you to join our ever-widening network of generous professionals. To apply, please complete the General Application and Supplemental Applications.

Teach a Life Skills Class
Life skill classes empower our families to cultivate skills and establish patterns that sustain them in their journey toward healing and home. Classes offered in our program include parenting, financial literacy, nutrition, computer skills, and etiquette. Use your knowledge and experience to teach, train, and empower. We’ll provide the curriculum. This is typically a one-hour per week, six-week commitment. To apply, please complete the General Application and Supplemental Application.
Chaperone a Field Trip
From June to August, our Summer Kids Program includes field trips to a variety of locations such as cooling off at the pool, enjoying movies at the theatre, and being dazzled by the sea creatures at the aquarium. Scheduling begins eight weeks in advance. To be a chaperone, you must be at least 18 years of age, complete a Live Scan background check, provide proof of vaccination against COVID-19, and complete the General Application and Supplemental Application.
Engage in Childcare
Volunteers helping with childcare are able to build relationships with the kids in our homes while simultaneously serving our working and student parents. Opportunities are typically in the evening, Monday – Thursday. To be a childcare provider, you must be at least 16 yrs of age, complete a Live Scan background check, as well as provide proof of vaccination against COVID-19. To apply, please fill out the General Application and Supplemental Application.
Meal Donor

Enjoy Cooking? Nothing says family more than enjoying dinner around the table. We invite you to join our table by preparing a meal for five to eight families at our Pasadena homes during the weekdays. Whether you’re a meal donor on a consistent basis or just once, it is deeply appreciated. Assembly a group, cook a meal, and gather at the table to connect and enjoy the meal with families. To apply, please complete the General Application.